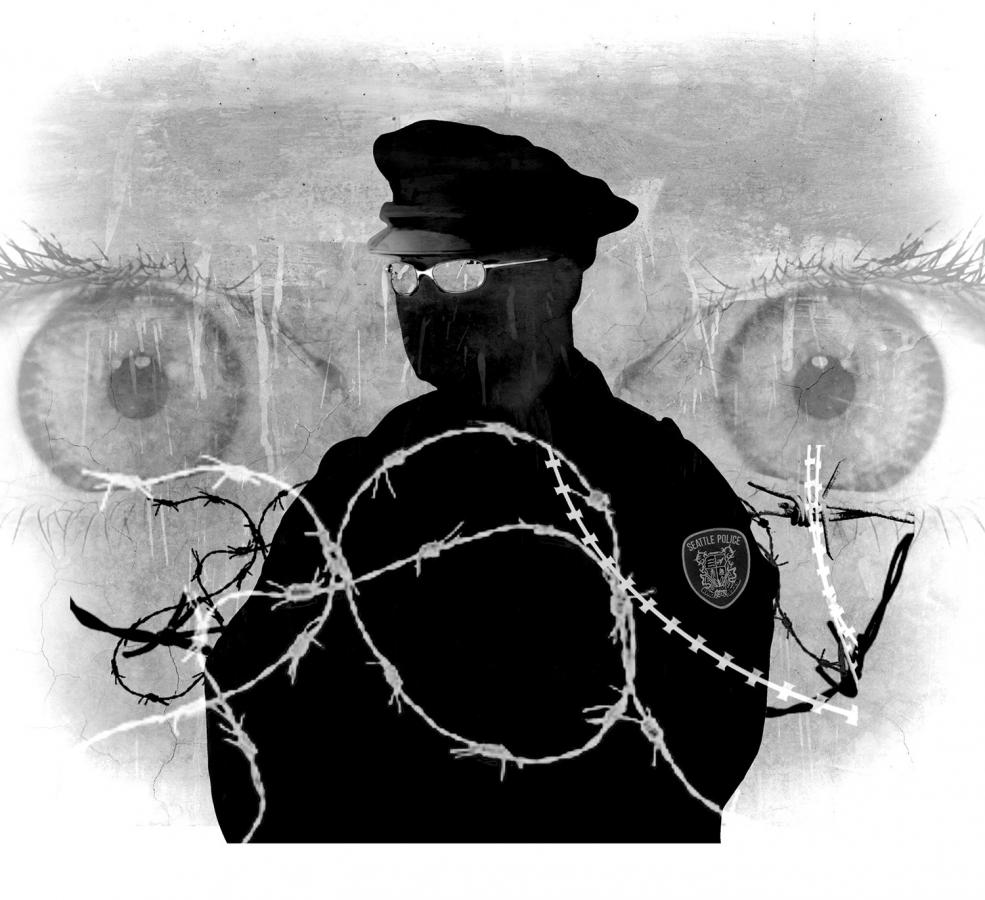 Police reform groups are eyeing I-940 to ensure successful rollout

When Sadiqa Sakin heard about the police shooting in Lower Queen Anne on May 8, she immediately thought of her son.

Seattle Police Department officers shot and killed a man who was reportedly armed with a knife. His girlfriend was in the apartment and had called the police because he was threatening her. Four officers entered the apartment and two shot the man.

“It’s so important we get this out, that we continue to do this work,” Sakin said. “There has to be a change. We can’t continue to go like this. It’s not healthy and it’s very upsetting and stressful when you hear and see things like this.”

Sakin is president of the Seattle/King County NAACP, a civil rights organization that is currently on the front lines fighting for police reform.

The current battle — the implementation of Initiative 940, a groundbreaking piece of legislation passed in November 2018 that mandated de-escalation training for police officers and changed the standard necessary to prosecute police officers for officer-involved killings.

The measure passed, but the language wasn’t entirely clear. The NAACP, law enforcement agencies and community members are now meeting to hash out key details to ensure that the roll out of I-940 lives up to the spirit of the law.

For the past eight months, these groups have been meeting throughout the state to define what kind of trainings will be required of police officers and what investigations into police-related killings will look like.

The Washington State Criminal Justice Training Commission (CJTC) met at the beginning of June to hold a commission meeting on the training rules.

The next major deadline is Dec. 6, when criteria for independent investigation of deadly force are meant to be adopted.

The NAACP wants a neutral arbiter that is consistent across the state to look into police-related killings. The independence of the investigation is key, said Terri Kemp, police accountability chair for the NAACP.

The officers involved were never charged, despite a finding that the shooting was not justified.

Prosecuting attorneys make a judgment to prosecute or not before the case can ever be heard by a jury of peers, Kemp said.

Without an independent investigation and the assurance that the evidence will be heard before an attorney chooses whether to prosecute, justice cannot be served, Kemp argued.

“I think I-940 was extremely important in that it gives the community an opportunity to have a case looked at easier because the malice clause is gone,” Kemp said. “But still, it’s going to be up to a prosecutor to make a determination whether the police officer would be found liable by a trier of fact based on the good faith clause.”

Kemp thinks that the Washington State Patrol and Attorney General’s office would be the preferred investigating and prosecuting authority because it’s the only law enforcement agency that could conduct the investigation without conflict with any other agency in the state.

“That would bring some consistency to the process across the state,” Kemp said.

As the process moves forward, local governments are not staying still.

There are questions about how I-940 is used in Seattle, a city with a police force that is still under a federal consent decree for use of force.

Recently, King County Executive Dow Constantine announced a new system for police inquests, a practice that hasn’t been updated in more than 15 years.

Under the new system, families will get attorneys assigned through the Public Defenders Office, and a chance to tell their story and speak for their relatives during the inquest. A team of administrative judges will preside over the proceedings, which are effectively a fact-finding mission.

Police officers will not have to appear because it is not an effort to put individual officers on trial.

Transparency is the watchword, said Robert McBeth, a court judge and inquest administrator.

“The goal is to keep the process as fair as possible,” McBeth said.

There is already a list of deaths that are on the docket.

The first will be for Damarius Butts, a teenager who was killed by police after he, his sister and a third person allegedly stole doughnuts, chips and soda from a 7-Eleven.

It’s these kinds of deaths that I-940 is meant to prevent, and the current implementation process will determine if the end product of the law matches the expectations of the people who championed it.

That will be critical, said Sade Smith, an attorney with the Northwest Defenders Division.

“I think 940 is groundbreaking in a way, especially for Washington because the prior law was so bad,” Smith said. “I think the biggest thing 940 does is insist that community stakeholders are at the decision-making table.”