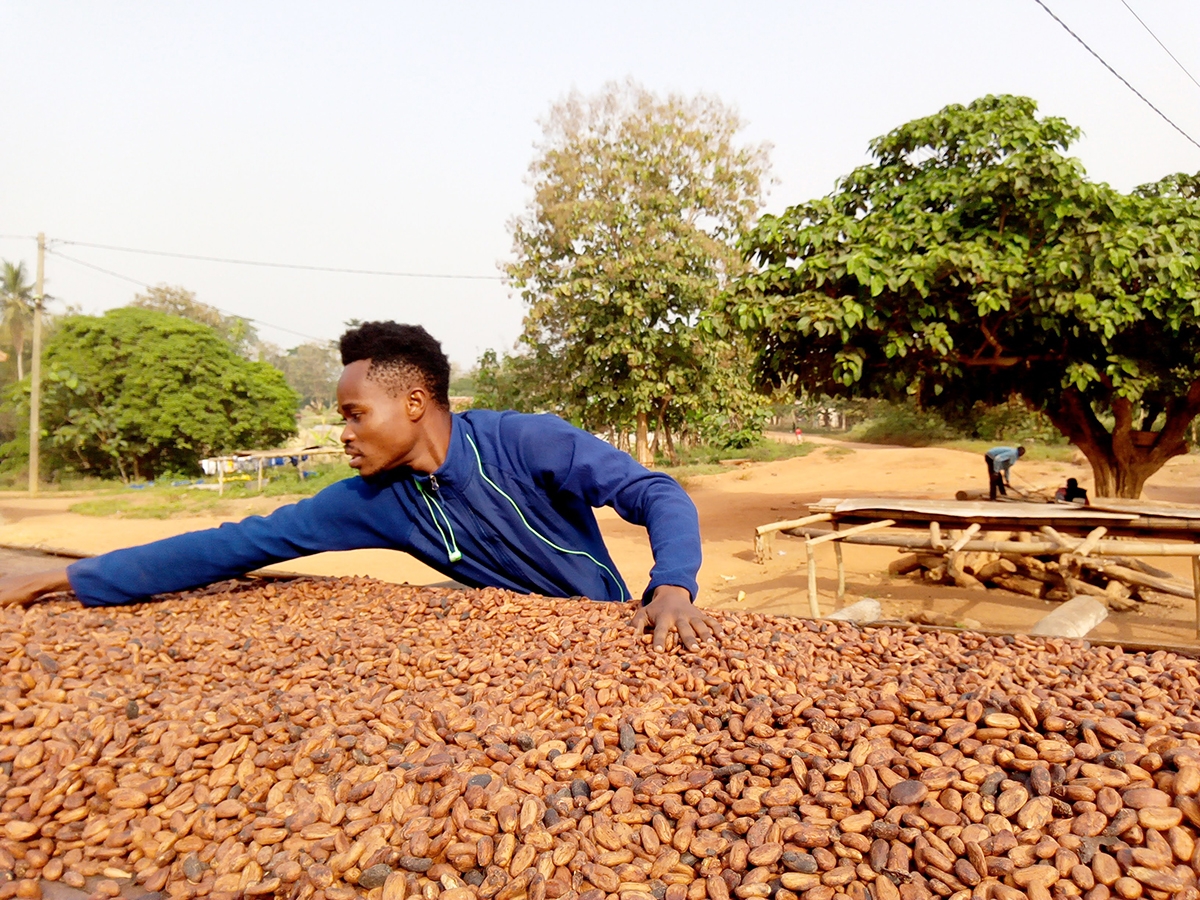 From children’s treats to lovers’ dreams, chocolate occupies a special place in Western culture. Its value derives as much from its implicit meanings as its actual use.

As Kristy Leissle in “Cocoa” puts it, “Few food crops ... can match cocoa’s ability to harness political will. There is ... no International Pumpkin Organization. ... There is no flood of newspaper and radio reports on vanilla’s origins, price, and labor politics. ...” The smooth appearance and taste of the chocolate bar, the luxury food that doesn’t cost very much, masks a whole host of global social relationships and history.

Leissle, who is a lecturer at the University of Washington, Bothell, traces the history and supply chain of cocoa as it is transformed from raw beans into what she calls “industrial” chocolate — the homogenous, smooth and predictable bar that you can buy in any grocery store. Chocolate was an important symbol of status and wealth in Aztec and Mayan societies, with the beans being used as a form of money. The Spanish brought chocolate back to Europe, where it spread among the European upper class, again giving it an aura of wealth and sophistication.

Industrialization brought us the chocolate bar. Industrial production aimed for consistent taste and predictable texture as well as low price, driving down prices to producers and aiming for quantity of production more than quality.

Given the demand for cocoa beans, the crop, which can be grown only within about 20 degrees of the equator, was transplanted from Central America to South America, the Caribbean, West Africa, Indonesia and other parts of the world, following the European colonial empires. In West Africa, now the biggest cocoa-producing area, farmers rarely even know what chocolate tastes like; their crops are strictly for export.

Leissle describes in detail the technical ways that cocoa is raised, the varieties of plants and the steps in processing the final product. However, although she often references the social relations that cocoa production sets up, she’s much less descriptive about the actual labor conditions for producing cocoa and completely neglects describing manufacturing conditions (even if only to say that they are not of great concern).

She does report on how little money cocoa farmers in West Africa make — often less than a dollar a day — and how the large corporations that dominate the market take most of the profit from the production of chocolate. But, in spite of the fact that she did fieldwork among cocoa farmers in Ghana, she only occasionally gives the reader a glimpse of their lives. Those glimpses are revealing: the high illiteracy, the way that women are excluded from the market, the difficulty in both starting as a farmer and getting out of the industry once they’re in it.

Leissle’s chapter on “Trade Justice” provides a good explanation of the various labels chocolate can have, such as Fairtrade, Organic or Direct Trade. As she points out, there are not easy solutions to improving people’s lives, which require more than increasing the amount people are paid for the crop, because there are social and political conditions on the ground that must be addressed.

What’s lacking in this discussion is any sense of how people in developed nations — most of them democracies — could act other than as consumers if they’re interested in helping improve the lives of cocoa farmers or, for that matter, how cocoa farmers could organize to help themselves. Although Leissle acknowledges that much of what affects the compensation and living conditions of cocoa farmers is outside the realm of how much consumers pay for chocolate, she avoids any discussion of politics or specific political organizations that people in developed nations could support.

In her final chapter, Leissle turns to the question of sustainability, addressing concerns about possible shortages of cocoa due to climate change and a shortage of cocoa farmers due to the low wages. She suggests that cocoa farmers are unlikely to ever have a standard of living equivalent to people in developed nations, and proposes instead that an easier goal would be that “sustainable cocoa is compensated well enough that farmers want to continue growing it as their primary employment.”

Leissle started her book by raising concerns about social justice in the chain of production of chocolate, but her final conclusion is more about how to make the industry sustainable as a whole by making sure that farmers at least benefit enough that they’ll keep the supply of cocoa beans and chocolate flowing to consumers. While it’s true that chocolate companies could still make a profit while paying farmers more, having a less predatory system as a goal is not really about justice; it’s just about making the system function better.

“Cocoa” is ultimately a disappointment. It’s full of details, and a reader can learn a lot about how cocoa gets from the tree to become a candy bar in a grocery store. But it frustratingly fails to address social issues with the clarity that’s needed, as if Leissle wanted to write a book about equity in the cocoa supply chain, but instead got lost in the ingredients.