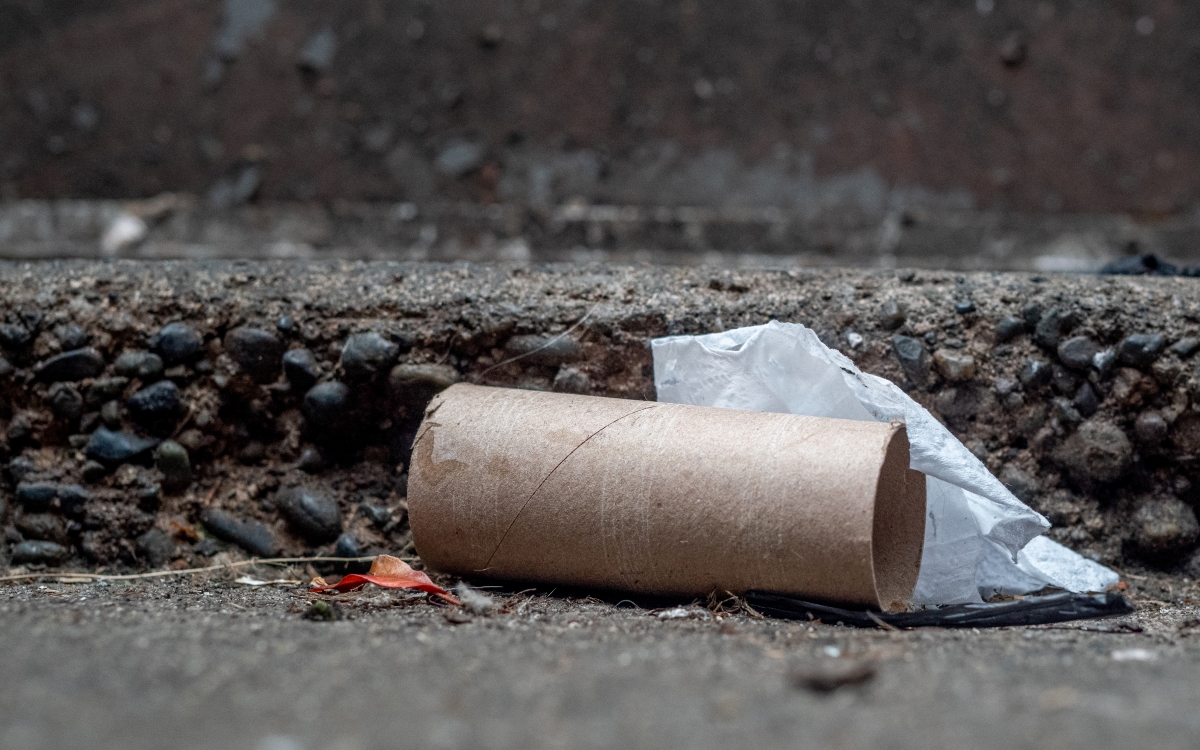 “It is still safer for me to use Seattle streets as a toilet. I won’t get anyone else’s germs,” wrote Jane Doe. City Auditor found that Seattle needed 224 additional public restrooms to serve its population. Now there are six open around the clock.

Jane Doe starts her day at a food bank to eat. Usually, she’ll go from there to physical therapy or park in a spot where she can use her computer for schoolwork. On Fridays, after therapy, she heads up to Everett, bringing boxes of food to a household in need.

“I try to be as useful as possible,” Doe said. Real Change agreed to keep Doe anonymous because she is a victim of domestic violence.

But Doe, a vehicle resident, doesn’t have a place to do basic things, like take a shower or use the restroom. Compounding the problem, she spends much of her time in a wheelchair, rendering it impossible to use some of the public restrooms in the city. Most of the restrooms built to Americans with Disabilities Act (ADA) standards are not open since public buildings are closed due to COVID-19.

It’s left her with few options.

“I simply use the streets as my toilet. If no one cares about people like me, why should I care about my city anymore?” Doe said.

Doe is far from alone.

With public buildings, private businesses and some homeless shelters shut, people experiencing homelessness have even fewer places to use the restroom and shower, leaving a growing mess on the streets of Seattle and a further public health hazard that threatens people living outside.

At a meeting of the City Council’s Select Committee on Homelessness & Housing, service providers and outreach workers expressed frustration as they told councilmembers of the unsanitary conditions facing people with no option to go inside and use facilities.

Chief Seattle Club is still open and offering its restrooms to clients, but staff has had to limit the number of people in the building to protect both staff and the people they serve. At all times, only four — two men and two women — are allowed inside to use the restroom.

There is a desperate need for bathrooms and showers in the area, one that the Human Services Department plans to ameliorate by setting up a hygiene trailer there. Still, the area — and the city — needs more.

“We need to have a multi-pronged solution right now,” Echohawk said. “We have to do other things.”

The lack of public restrooms in Seattle is not new. In 2018, the city auditor found that Seattle needed 224 additional public restrooms to serve its population. Right now, there are only six facilities open around the clock, and existing maps delineating where restrooms can be accessed at certain hours are inaccurate.

“We are falling short on our moral responsibility to meet the hygiene needs of people experiencing homelessness,” Council President Lorena Gonzalez said. “Before COVID, our strategy in this space was unsatisfactory. The COVID emergency has made it even more unsatisfactory.”

That point was underscored by testimony from outreach workers Jessica Kwon and Dawn Whitson, who work on the front lines of the homelessness response and, now, the coronavirus response.

Whitson spoke of a client she found who was covered in menstrual blood, unable to use a restroom or even access water to clean herself off. Whitson gave the woman a spare pair of her own clean sweatpants from her car, because Goodwill wasn’t open to get her more clothing.

Another client who had recently had brain surgery and was missing a quarter of his skull had a thick layer of grime on top of his sutures.

“I could have cut it with a butter knife,” Whitson said.

Outreach workers don’t even have hand sanitizer to offer to their clients, Whitson said. “We are not giving them anything to protect themselves.”

When people experiencing homelessness suffer such indignities, the housed are affected.

A businessperson in the Chinatown International District told Kwon that it was up to him to clean up the human feces around his business, lest it frighten clients off.

The city has said it is deploying handwashing stations and has ordered hygiene trailers to help lessen the crisis. With other West Coast cities facing similar concerns about homelessness and the coronavirus on their streets, Seattle is a victim of supply and demand. The 14 facilities will cost nearly half a million each month to operate, Deputy Mayor Casey Sixkiller said.

“We’re trying not to let cost be a driver here — because it shouldn’t — but that is our situation,” Sixkiller said.

Even as new facilities come online, they do not work for all people.

Some handwashing stations require foot pumps to dispense water, which some people with disabilities can’t operate. In a letter to public officials, Doe threatened to file an ADA complaint.

“As a disabled person sleeping in my van, I deserve a restroom that is accessible and meets safety standards. I don’t deserve men walking in on me. I deserve to be able to wash my hands when I am done using the bathrooms,” Doe wrote in the letter. “It is still safer for me to use Seattle streets as a toilet, I won’t get anyone else’s germs.”

The City Council approved $1.3 million in its November budget for five “mobile pitstops” — restroom facilities equipped with handwashing stations, sharps containers and even pet waste disposal areas. There was a stakeholder meeting in February, before the extent of the coronavirus outbreak was known, in which Real Change Advocacy participated — it was Real Change that fought for and won the money for the hygiene facilities.

But they weren’t purchased in time.

Staff still needed to be told what the mobile pitstops were, despite the fact that they had been deployed in other areas, City Councilmember Lisa Herbold said. That left Seattle far behind cities in California that rushed to get additional hygiene facilities in the field.

Los Angeles and San Francisco have large homeless populations, but even the college town of Berkeley, with only a few hundred unsheltered homeless people, had done more.

“Berkeley, with 318 people, has placed double what we have in Seattle, with 5,200 unsheltered,” Herbold said.

With both a coronavirus outbreak and a Hepatitis A outbreak in the community, handwashing facilities and bathrooms are more essential than ever.